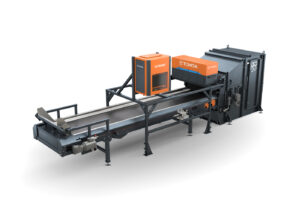 Tomra Sorting Recycling has launched two new products – a new generation of its Autosort technology and Autosort Speedair, and also outlined plans for the forthcoming launch of a third new solution, Autosort Cybot.

The new Autosort is an ultra-compact versatile sensor-based sorting system that can be used across a vast range of material sorting applications. The system can be easily integrated into any existing or new sorting processes, as pilot projects have confirmed.

Equipped with a broad range of sensors and using data to classify objects, the machine is capable of separating materials which are difficult, or even impossible, to separate using conventional technologies. Incorporated as standard in the latest Autosort is Tomra’s Sharp Eye technology, which increases light efficiency without increasing energy consumption, enhances sorting sharpness and improves the separation of difficult to target fractions.

Optional technologies include the new Deep Laiser, which uses object recognition for deeper sorting sharpness. It employs Artificial Intelligence via Deep Learning. Deep Laiser is one of the first fully integrated Deep Learning systems on the market. 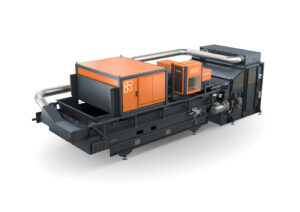 The Autosort Speedair helps stabilize lightweight products on the conveyor.

Autosort Speedair stabilizes light materials such as plastic films or paper on a highspeed conveyor, to generate a higher throughput and enhancing sorting quality. It incorporates speed-controlled fan-driven air inlets that generate a constant air stream over the conveyor belt to prevent material on it from moving.

By doubling the speed of the conveyor belts up to six metres per second, throughput is much higher and the output quality is consistently high. As the first system on the market with no belt cover, access to the unit for maintenance is much faster and the likelihood of a material blockage is much lower compared to conventional high-speed systems in the market, as is the risk of machine downtime. 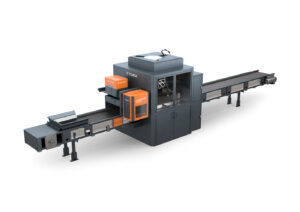 Tomra has also teased the launch of its first robot, the Autosort Cybot. The system comprises a new generation Autosort scanner, an electromagnetic sensor and a robot arm. It is the first robot on the market that combines four technologies at once: Near Infrared (NIR) and Visible Light (VIS) spectroscopy, Deep Laiser, and if required, induction for ferrous and non-ferrous metals recovery. Autosort Cybot’s robotic arm is capable of simultaneously sorting material into four different streams or fractions depending on the infeed material size, colour and criteria of the target fractions.

The cybot is currently undergoing testing before it is officially launched.